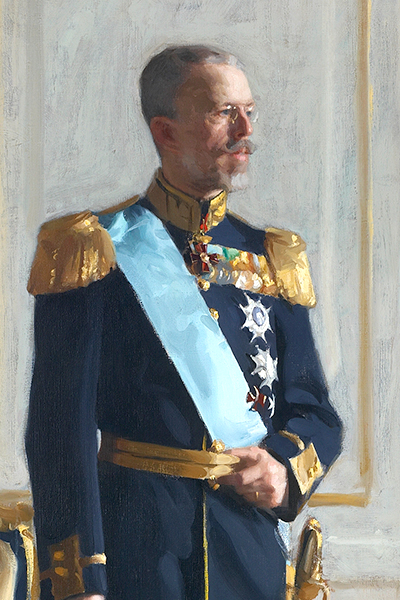 King Gustaf V is depicted here as a general in the Svea Life Guards uniform. He assumes a dignified yet easy pose, and he is the king who has reigned longest in Sweden: 43 years.

The artist Emil Österman was one of Sweden's leading portrait painters during the early 20th century.

As crown prince, Gustaf V took an interest in the young Emil Österman and offered him 300 kronor a year if he was accepted by the Royal Academy of Fine Arts. Österman was accepted in 1890, and the king kept his promise.

The portrait can be seen in the Bernadotte Gallery at the Royal Palace of Stockholm.