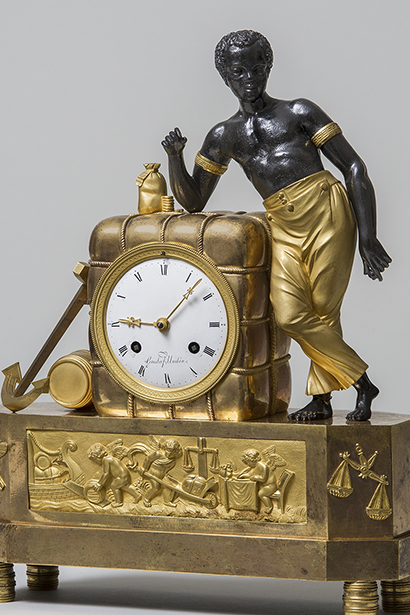 King Karl XIII had this bronze pendulum clock standing on the table in the Council Chamber at Rosersberg Palace. The clock was made by Gustaf Undén in Stockholm during the 1810s. The sailor, the bale of hay and the motif are an allegory for commerce.

Several Swedish clockmakers used imported French bronze casings during the 1810s. This one was called "Le Matelot" ("the Sailor"), and the design was legally protected in August 1808. The casing corresponds exactly to French works, but despite the legal protection there are also versions by other bronze casters.