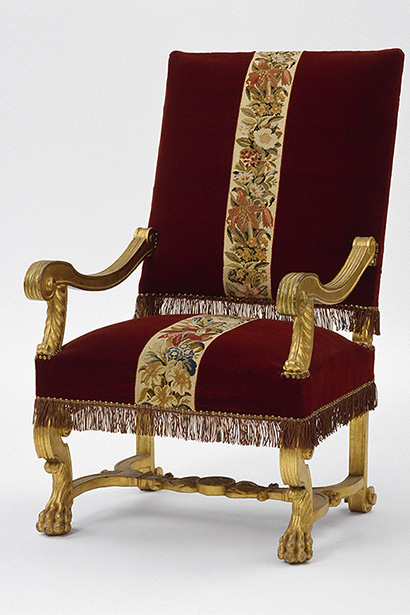 Determining which objects from the Royal Collections were once kept at Ulriksdal Palace is not easy, but four French gold Baroque chairs that King Gustav III removed to Gripsholm Castle in 1773 can be identified.

At Gripsholm, three of the chairs were positioned in the king's bedchamber. They took on their current appearance in the mid-19th century when they were re-gilded and upholstered in red worsted velvet with a petit point border embroidered by Mistress Liljenstråhle, and today one of the chairs occupies a highly prominent position in the Hall of State at Gripsholm.