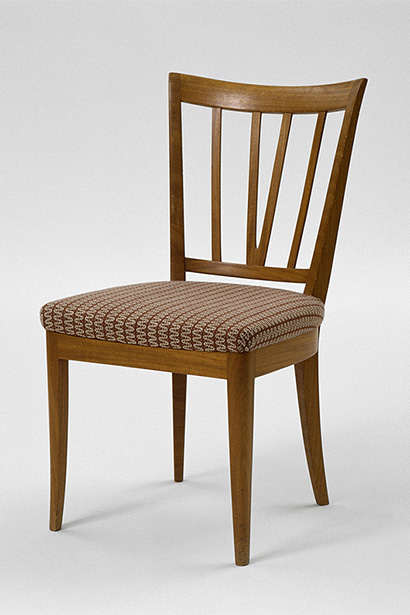 In the 1920s, King Gustaf VI Adolf and his family moved in to Ulriksdal Palace. The palace had been restored to create a family home.

Carl Malmsten had turned the Hall of the Knights into a modern living room. In addition to comfortable sofas and armchairs, Malmsten had also designed chairs with clear Gustavian influences.

Gustaf Adolf also appreciated Malmsten's simpler mass-produced furniture, which he had purchased for his library room at the Royal Palace of Stockholm. For his writing room at Ulriksdal, he bought chairs in a design that was also called Ulriksdal.