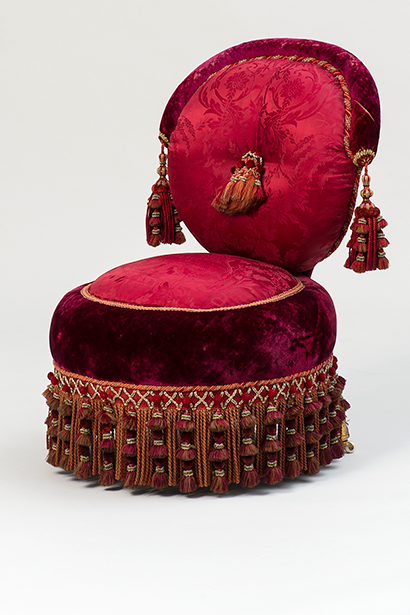 THE ROYAL PALACE OF STOCKHOLM

This room, which in the 18th century was Queen Lovisa Ulrika's audience chamber, was rearranged as Queen Sofia's Red Salon with several seating groups and a number of semi-armchairs and easy chairs.

It was at this time that the professionalism of upholsterers reached new height in terms of both curtains and stuffing and covering chairs. Seating comfort had improved considerably when coil springs became common in the 1840s. Chairs were now stuffed with several layers, and were often covered with a couple of different fabrics.

Rich lacework was also added, so that the wooden framework could hardly be seen at all. It is often jokingly said that in prudish Victorian England, it was considered indecent to even see the legs of a chair.