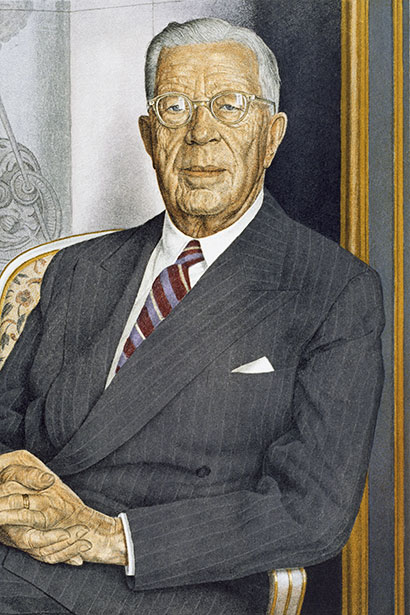 King Gustaf VI Adolf succeeded his father, King Gustav V, at the age of 67. As king, he fully accepted parliamentarianism, and made no attempt to get involved in governing Sweden. He kept his political opinions to himself, but it was no secret that he was of a liberal disposition.

He had five children with his first wife Margareta. However, Crown Princess Margareta died at the age of 38, and a deeply shaken King Gustaf VI Adolf held his ten-year-old daughter Ingrid's hand tightly during her funeral in 1920. He later married Lady Louise Mountbatten.

King Gustaf VI Adolf was known for his inquiring mind. He was a dedicated archaeologist from a young age, and became an expert on ancient Chinese art.

King Gustav VI Adolf died at the age of 90.