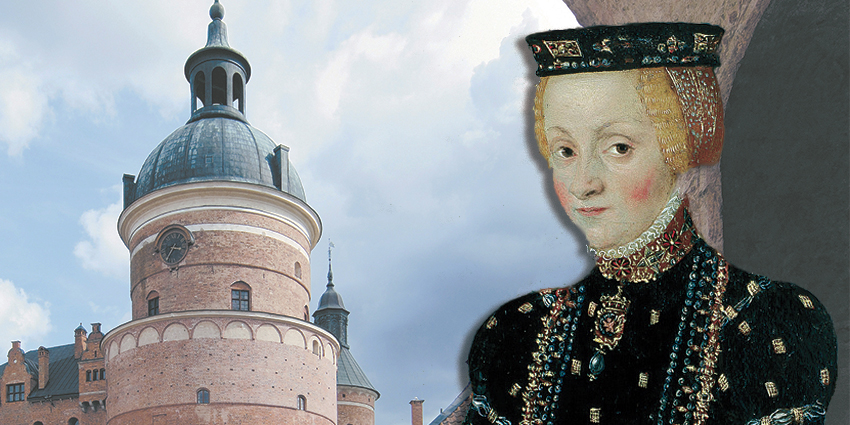 The Polish-born Vasa queen left a strong impression on Sweden, from imprisonment to a cultural golden age.

Katarina Jagellonica spent four long years locked up in a tower room at Gripsholm Castle with her husband, Duke Johan. She had chosen to share his imprisonment of her own free will, despite – as the daughter of King Sigismund I of Poland – having grown up in luxury.

The Polish-Lithuanian Commonwealth was extensive, and as Katarina's brother had no heirs she represented an excellent matrimonial match. She also had no shortage of suitors. One of them was Ivan IV of Russia, also known as Ivan the Terrible. The Russian delegation that came to negotiate for Katarina's hand in marriage reported back that she was beautiful, but that she was crying. And she had good reason for this. Ivan was notorious for his fiery temper, and ended up marrying seven times during his life. None of his unfortunate brides lived particularly long. Katarina's brother turned down the Russian marriage proposal, deciding instead to focus his attention on Duke Johan. A link with Sweden might provide protection against Russia.

Gustav Vasa had given his sons the best possible education. Johan had studied Latin, German, fencing, dancing, music and courtly behaviour. He had also spent time at the court of Queen Elizabeth I in England in an attempt to persuade the queen to marry his brother, Erik (XIV). Johan thus knew about the ways of the wider world, and benefited from this knowledge when trying to win Katarina's hand. The Polish-Lithuanian royal court was one of great cultural sophistication.

Katarina's mother came from the Italian Sforza ruling dynasty in Milan, the palace of which featured works of art by Leonardo da Vinci. Katarina's childhood home, Wawel Castle in Kraków, was decorated with silk wallpaper, and every floor of the castle's female wing had a toilet. In 1520, Wawel Castle was so modern that the queen had her own bathroom with a bath and running water. Katarina spoke Latin, German, Italian and Polish. She rode, danced and played several musical instruments. The food she ate may not have been entirely unlike our own. Asparagus, lettuce and broccoli were grown in the gardens of Wawel Castle. Meanwhile, the produce grown in the gardens of Vilnius Castle is said to have included grapes, strawberries, walnuts, hazelnuts, spinach, cauliflowers, lemons and olives.

Johan himself travelled to Vilnius for the wedding in 1562. Royal weddings usually took place by proxy. After a full week of parties, tournaments and all manner of honours, the newly-weds travelled to Turku Castle. Here, Katarina's rich dowry attracted great excitement. She had brought expensive woven tapestries, silk sheets, 30 yellow Turkish rugs, chandeliers and mirrors. Together, the many pieces of silverware weighed 240 kilograms. Among other items, she had brought gilded knives, forks and spoons. It was probably Katarina who introduced the fork to Finland and Sweden.

Nemo nisi mors – Nothing but death (shall separate us)

However, Johan had not won support for his marriage plans. Erik XIV saw Johan's alliance with the Polish–Lithuanian Commonwealth as a threat to Sweden, and had Turku Castle besieged. In 1563, Katarina had to choose between accompanying her husband in captivity or continuing to live in the comfort to which she was accustomed. It is said that she showed the inscription in her betrothal ring to the king's loyal official Jöran Persson: Nemo nisi mors – Nothing but death (shall separate us).

According to tradition, Katarina and Johan were shut away in the room at Gripsholm Castle that is now known as Duke Karl's Chamber. However, the décor of the room dates from the 1570s and was therefore completed after Johan and Katarina had been released in 1567. Since Katarina was staying at Gripsholm voluntarily, her imprisonment was less strict than Johan's. She was allowed to go out into the castle's garden under special supervision.

At that time, there was a herb garden on Slottsholmen. It was surrounded by a fence fitted with a gate. Here, alongside various herbs, red and white roses also grew. When Katarina was allowed to wander for pleasure, it may have been here, to the fragrant herb garden, that she came.

Two children were born in captivity: Isabella, who died in infancy, and Sigismund, who would later become king. Erik XIV had ordered that the royal prisoners should be "royally and suitably supplied with food and ale", and this was probably the case. Apples, pears, cherries and damsons grew in the gardens of Kungsladugården farm. There was a hop garden for brewing beer, and Kungsladugården had a considerable number of cows whose milk was used to make cheese and butter. A nearby lake was particularly rich in fish and crayfish. The archives show that, in addition to books and clothing, Johan and Katarina also had hundreds of litres of wine sent to them from Stockholm.

The dawn of the Vasa Renaissance

During their imprisonment, Johan and Katarina were subject to intense psychological pressure. Bizarrely enough, Erik had entered into negotiations with Ivan IV, who still wanted to marry Katarina. In 1568, the nobility revolted. Johan seized power and had Erik held captive at Gripsholm. On 10 July 1569, Johan and Katarina were crowned king and queen.

Initially, their reign was a cultural golden age for Sweden, known as the Vasa Renaissance. Katarina Jagellonica's cultural contacts throughout Europe were of great significance for Swedish art and architecture. Thanks to her, Sweden, Finland, Poland and Lithuania now share a rich cultural heritage. 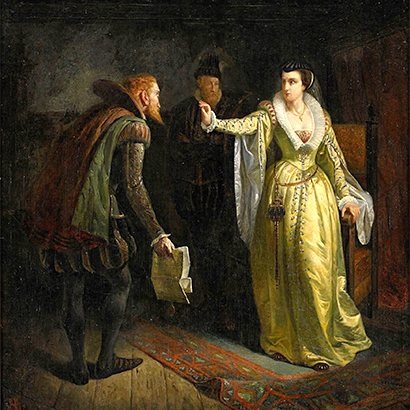 "Nothing but death shall separate us!" Katarina and Johan had a close relationship, despite theirs being an arranged marriage. When Johan was imprisoned at Gripsholm Castle, Katarina chose to accompany her husband. Hugo Salmson's 1865 portrait of Katarina Jagellonica shows the inscription in her ring. 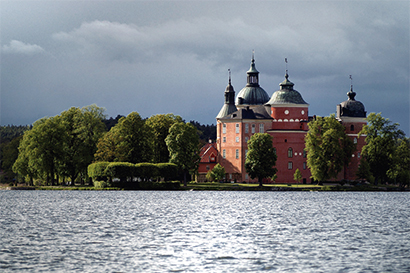 Their captivity at Gripsholm was psychologically demanding, even though Katarina was guarded less closely than her husband. Photo: Dick Norberg/Royalpalaces.se 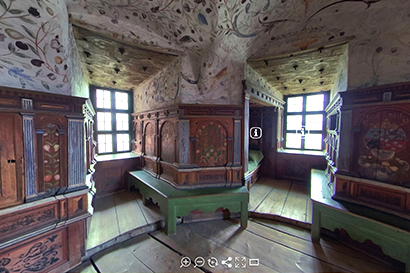 The couple were imprisoned here, in what is now known as Duke Karl's Chamber. Click on the image to see the room in 360°. 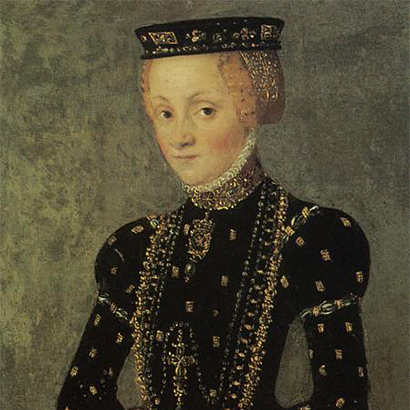 Katarina Jagellonica had a contemporary influence within religion and politics, and particularly within culture. Thanks to Katarina, Sweden now shares a cultural heritage with Poland, Lithuania and Finland. Portrait (cropped), originally by Lucas Cranach, c. 1560.