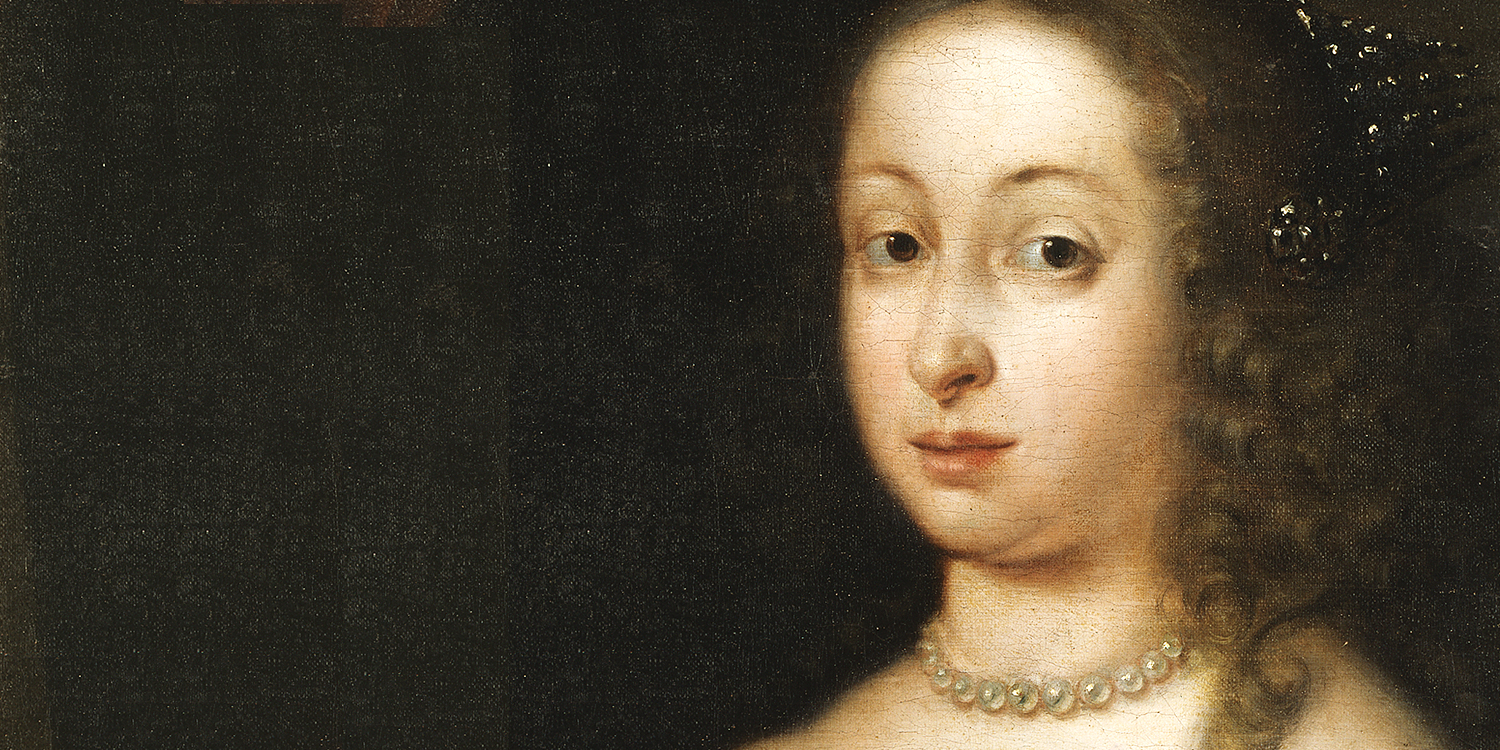 The queens at Gripsholm found themselves right at the centre of the action. This included the young queen who acquired the castle when she became a widow – which did not take long.

Sweden's Age of Greatness was one of the most international periods in the country's history. The women who married into Swedish royalty all came from foreign backgrounds, and brought many exciting new items to Sweden. They came from the royal houses of Germany, Poland and Denmark, and had relatives in Spain, Britain, Italy and Russia. The ambition was to build powerful alliances of peace.

Hedvig Eleonora was 18 years old when she came to Sweden in 1654 from the strategically located Duchy of Holstein-Gottorp, cementing the geopolitical alliance between Sweden and the duchy. Gripsholm Castle and its surrounding land became part of her jointure, a financial surety in the event of King Karl X's death. In actual fact, this occurred after just six years of marriage.

Heading off on a long journey in the 17th century was no simple matter, and was not without its risks. The young bride was accompanied by a large retinue of 250 people, including a chaplain, a physician, a chef, a violinist and an artist. She brought a large quantity of clothing, jewellery, silverware and expensive textiles with her.

She also brought a travelling bed, which today can be seen at Gripsholm Castle. Naturally, this is not just any bed. It was intended to reflect her position, and was therefore beautifully gilded and carved, with a canopy and curtain that were originally made from apricot coloured silver brocade. Inside, it has the feeling of a Roman tent. However, the bed was more practical than one might think, being hinged for easy folding. A functional travelling bed – albeit with a distinctly royal touch. Perhaps the bridal journey was not the only time this bed travelled in Europe?

Hedvig Eleonora and Karl X are thought to have been closely attached to each other, and immediately after the birth of their first and only son – Karl (XI) – she accompanied her husband to the battlefield. The idea of taking a canopied bed to the battlefield was not as outlandish as one might at first think. In the 17th century, battles were often fought with clearly defined battlefields, and things could be relatively calm just a few kilometres away from the actual fighting. As a member of royalty, Queen Hedvig Eleonora would probably have been housed at a nearby castle, but there was no guarantee that there would be a suitable bed there.

Queen Hedvig Eleonora's writing box stands on the table next to her canopied bed. This is a clear symbol of her power. The queen skilfully manoeuvred to defend the throne for her son, who had not yet come of age. She also administered her jointure at the same time, with castles and landholding that covered large parts of Sweden.

Next to the writing box and the bed is another object that is typical of Hedvig Eleonora's time and interests: a late Baroque cabinet with imitation Chinese lacquerwork, which may have been made in Sweden. The world beyond Europe remained relatively unknown and inspirational. The small images on the cabinet depict exotic creatures such as camels and elephants, and settings reminiscent of Thailand, India, South America, the Arab world and Japan.

Europe was ravaged by war for much of the 17th century. However, a serious effort was made in 1648 to ensure peace in Europe: the Peace of Westphalia. At the peace conference following the 30-year war, guidelines were drawn up to prevent similar wars of religion in Europe. The fact that Sweden and France stood as guarantors for peace shows the strength of Sweden's position of power at this time.

The peace conference was deemed sufficiently momentous to paint the participants. An entire gallery at Gripsholm Castle is filled with their portraits, demonstrating how much hope was attached to the peace agreement. It could almost be said that the ideas from this peace conference were later continued in the ideology of the EU.

However, peace in Europe did not last long. Military action was resumed, and ironically enough it was not until the soldier Jean Baptiste Bernadotte came to Sweden that the country was able to enjoy lasting peace. Nevertheless, the dream of peace in Europe existed long before this.

During the time of Queen Hedvig Eleonora, Sweden occupied a position of great power in Europe. Gripsholm Castle was made available as her jointure, and this is one of the locations from which the queen defended the throne for her son, who had not yet come of age. Photo: Dick Norberg 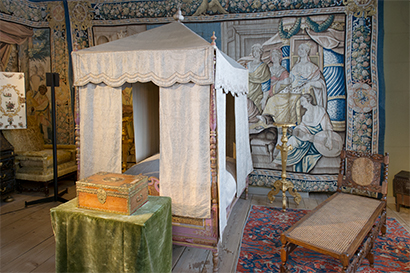 When the young Hedvig Eleonora arrived in Sweden to marry Karl X, she brought with her the travelling bed which can now be seen at Gripsholm Castle. It may even have accompanied the queen to the battlefield. The image also shows her writing box, a symbol of her power. As well as controlling power for the underaged prince, the queen dowager also managed castles and extensive landholdings. Photo: Royalpalaces.se 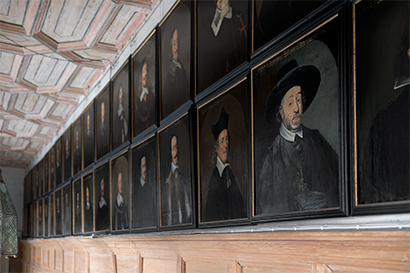 One of the portrait galleries at Gripsholm Castle depicts the delegates at the Peace of Westphalia in 1648. The fact that Sweden was a guarantor for peace shows the strength of the country's position of power at this time. Photo: Lisa Raihle Rehbäck/royalpalaces.se 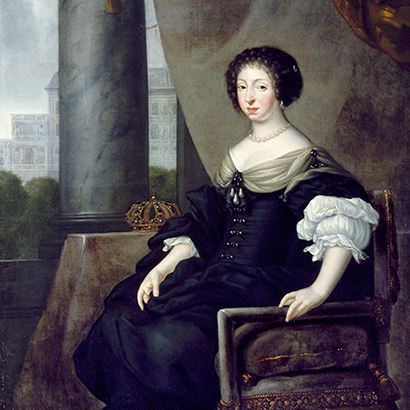 Hedvig Eleonora of Holstein-Gottorp (1636-1715), portrayed here by her protégé David Klöcker Ehrenstrahl in around 1670. Hedvig Eleonora was interested in art and architecture, and had Drottningholm and Strömsholm palaces built. The latter is home to Ehrenstrahl's famous paintings of King Karl XI's horses. Photo: Royalpalaces.se