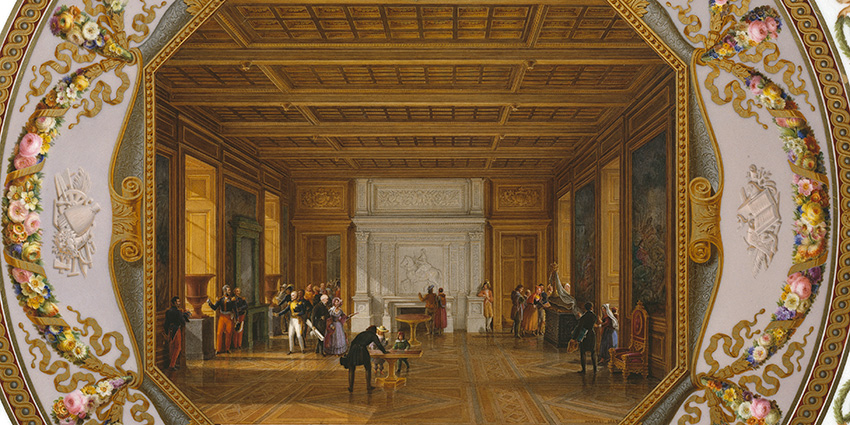 The Sèvres table at Rosendal Palace

In the middle of Rosendal Palace's main state room, the Lantern Room, stands a very special table. It was a gift from the King of France, and one that King Karl XIV Johan appreciated very much.

The table occupies a central position in the room. It was made in 1843 from costly painted Sèvres porcelain, with a gilded mounting and chased bronze.

In recognition of two 'new' kings

The table was a gift in return from the French King Louis Philippe to Sweden's King Karl XIV Johan, thanking him for his earlier gift of two enormous urns made from black Älvdalen porphyry. State gifts are a symbol of good diplomatic relations between countries and their heads of state, and are still exchanged during state visits to this day. In France, the monarchy had just been reinstated after years of revolution, reign of terror and empire. In Sweden and Norway, a former French marshal without royal roots sat on the throne. The exchange of gifts thus recognised the legitimacy of the two heads of state.

A table with a message

The tabletop reinforces the French king's gratitude for King Karl Johan's gift, with the painted image representing the Château de Pau's throne room. It was in Pau that the future King Karl Johan had grown up as Jean Baptiste Bernadotte, long before his military and royal career had begun. King Louis Philippe restored the château, where one of France's most popular kings – King Henri IV – had lived, and his portrait can be seen on the tabletop.

However, the actual highlight for King Karl Johan would no doubt have been seeing the two urns that he gave to King Louis Philippe depicted in the window recesses, having returned to his home city. 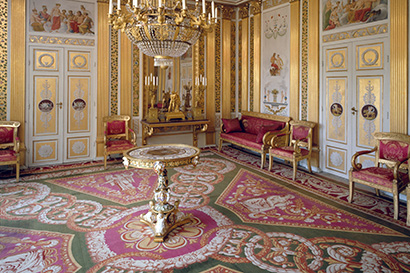 The table is in the Lantern Room at Rosendal Palace. The palace can be seen on guided tours during the summer months. Photos of the table: Alexis Daflos 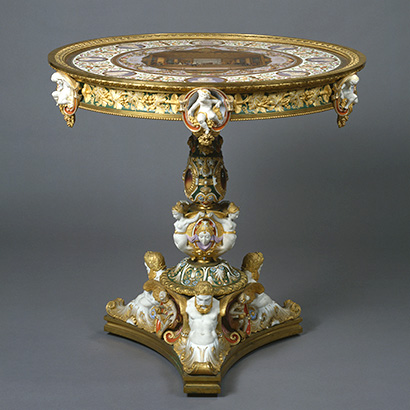 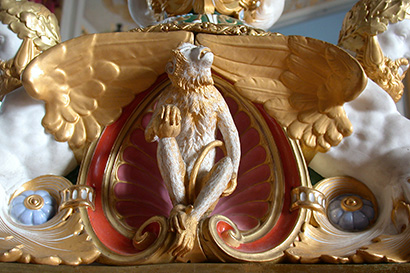 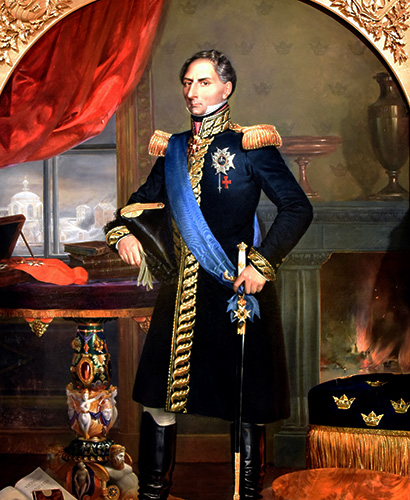 The table was an extremely well-received gift. King Karl XIV Johan was even depicted with the table in his last official portrait in 1843. Portrait by Emile Mascré. Photo: Nationalmuseum

See the Royal Collections in the Archive menu