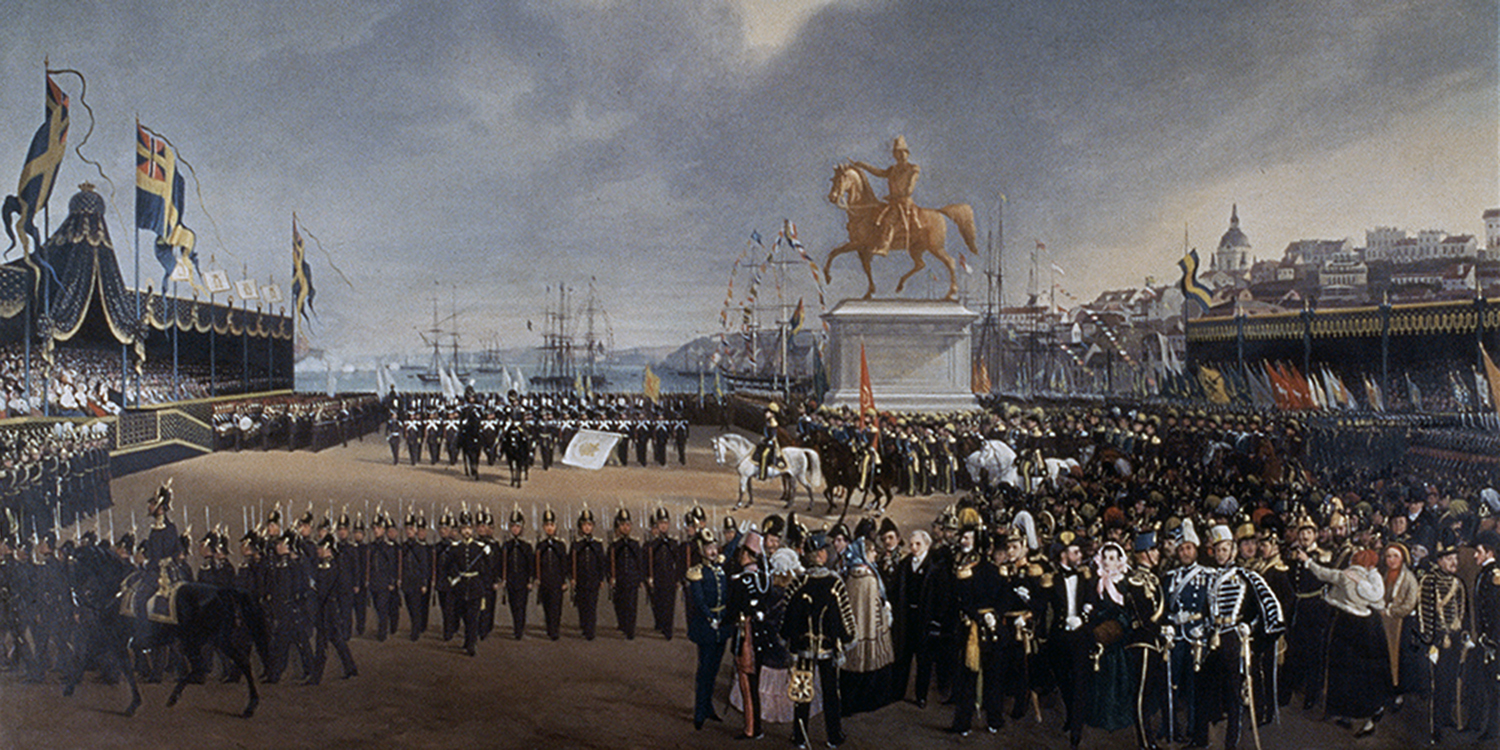 After 164 years at Slussen, the equestrian statue depicting Bernadotte's entry into Stockholm has a new home. And after many years, the sculptor's wishes will finally be respected: it faces to the east, as if the king was heading out of the city.

When King Karl XIV Johan died in March 1844, King Oskar I decided to erect an equestrian statue of his father. It would be positioned somewhere in the city centre.

Sculptor Bengt Erland Fogelberg was commissioned to produce the statue, and he began working on sketches for a model in 1846. Fogelberg created the plaster model in his studio in Rome. When the model was ready, it was divided up into sections and sent to Ferdinand von Miller's foundry in Munich. The statue had been cast by the summer of 1853, and was ready to be sent to Sweden.

The horse wears an ornate saddle cloth, and the chest straps feature the Swedish three crowns. The names of both Fogelberg and von Miller are inscribed on the saddle cinches.

In 1851, it was decided that the statue should be positioned in Slussen, at the centre of the new square called Slussplan. When Slussen was rebuilt in 1932, the square was renamed Karl Johans Torg in honour of the king.

When the statue was erected, the king and his horse were facing to the north and the centre of Stockholm. This is not what the sculptor had intended. He envisaged that the statue would face east, as if the king was heading out from the city at the head of an army.

The festivities on 4 November 1854

The statue was unveiled on 4 November 1854, forty years to the day after the union of Sweden and Norway. The unveiling was marked by a ceremony, and crowds began to gather early in the morning. A salute was fired at 10 o'clock to commemorate the union between Sweden and Norway. At 11 o'clock, troops marched along Skeppsbron and up to the statue, commanded by Crown Prince Karl to mark the occasion. Queen Josefina, Queen Dowager Desideria, Crown Princess Lovisa and Princess Eugénie then arrived.

On the stroke of midday, King Oskar I arrived on horseback, accompanied by princes Oskar and August. During the ceremony, the king gave a speech in honour of his father, after which the statue was unveiled. Singers and music corps performed, and salutes were fired from warships anchored off Skeppsholmen.

In the evening, a banquet was served at the palace for more than seven hundred guests. The festivities concluded at the Royal Swedish Opera.

That same day, King Oskar I named Professor Bengt E. Fogelberg a Member of the Royal Order of the Polar Star, and the creator of the new Slussen, Colonel Nils Ericson, was awarded a knighthood.

When Karl Johans Torg was rebuilt in the 1930s, the statue was taken down temporarily. The original Carrara marble plinth had crumbled away and was replaced with a granite plinth. When the statue was put back in place, it was turned to the south away from the centre of Stockholm.

In November 2015, when the work began on rebuilding Slussen, the statue was moved. On Slottsbacken, the king will now be facing to the east – in accordance with the sculptor Fogelberg's original wishes.

Top image: The equestrian statue was unveiled on 4 November 1854. The painting was produced by Carl Stephan Bennet. It hangs in the Bernadotte Gallery at the Royal Palace of Stockholm. Photo: Nationalmuseum

The re-dedication of the statue on Slottsbacken on 16th of December will be accompanied by music composed for the original unveiling of the statue in 1854. Photo: Royalpalaces.se 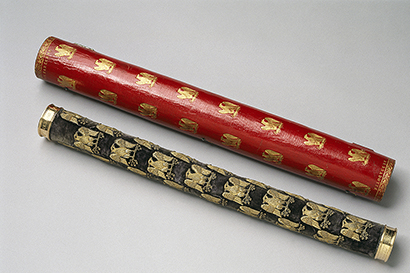 The field marshal's baton held by Karl XIV Johan can be seen in the Bernadotte Apartments at the Royal Palace of Stockholm. Photo: Alexis Daflos/Royalpalaces.se