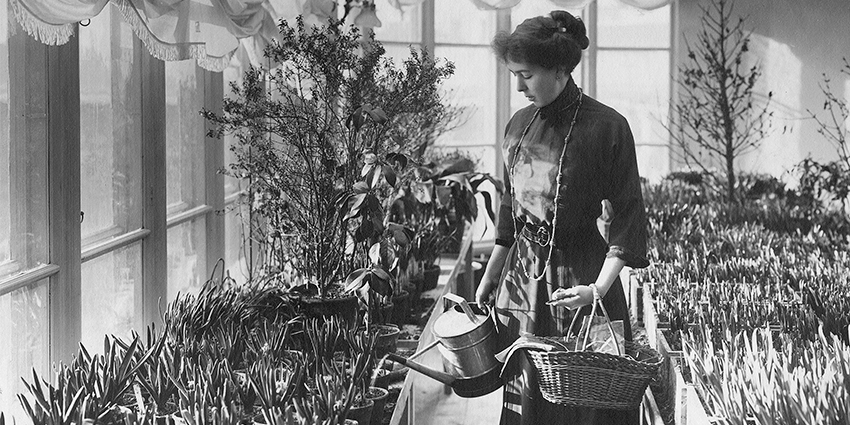 1915 saw the publication of a ground-breaking new book about garden design in Sweden, written in an unusually modest, personal style. The author was Crown Princess Margareta.

The simple, practical advice in the book 'Our Garden at Sofiero' remains useful more than a century later. It is not, perhaps, particularly strange that Margareta's view of gardening should prove popular in Sweden. Nicknamed Daisy, she came from the British royal family and became Sweden's 'flower princess'. Her floral display at the Baltic Exhibition in Malmö attracted great attention in 1914, and a second book about garden architecture was published in 1917.

"There is no real order"

The books were based on the transformation of the grounds at the summer palace of Sofiero, which was gloomy and overgrown when the crown prince couple received the palace as a wedding gift in 1905. The first thing they did was to thin out the trees. In her book, Margareta describes their approach in an informative way:

"… an art that one needs to know, albeit one that is not easy to learn, is the art of cutting down the right trees. You should start gradually, tackling one tree after another, so that you see the effect as the trees are removed. In this way, you will rarely regret cutting down a tree. In most cases, it will be an improvement."

She offers sound advice about not stubbornly persisting with plants that do not thrive in the flowerbed, and about using the natural terrain of the garden. Another piece of advice involves avoiding a confused layout, focusing instead on the overall effect for the best impact: "If anything, use fewer varieties but many of each, and always plant these close to each other."

The crown princess's garden was informal in an English style, with natural lines and dazzling flowers. "There is no real order," she admitted. However, this apparent freedom was not to say that there was no idea of the garden's structure.

The crown princess created a dazzling rose walk and a fragrant herb garden. She laid out flowerbeds according to colour: a pink one with hydrangeas, meadowsweets, phlox and daisies, a blue one with asters, cornflowers and lupins, a yellow one that was "a sea of gold", and even a grey flowerbed – which must have been extremely unusual at the time.

"Grey, a grey flowerbed? Everyone will no doubt wonder that is! Well, I would say that the grey flowerbed has it own charm, and that on a hot summer's day it is almost cooling to see it!"

Margareta also laid out a typically English rock garden. "Every little flower has its own home between the stones whose shifting grey tones enhance the colour of the flowers, so that with relatively few plants you can cheaply and easily create a colourful overall effect." And down by a small pond, she created an enchanting, almost wild area with moisture-loving plants. In the shadier, more undulating parts of the park she planted a sea of rhododendrons.

'A hospital for flowers'

It is obvious that Margareta had in-depth knowledge. She knew the Latin names of many varieties, and in particular which plants thrive best together. She even knew how to save dying plants. These were sent to what Margareta called 'a hospital for flowers' – a sheltered, sunny spot where most plants seemed to recover.

Most of the photographs in the book were taken by the crown princess herself, who was also a skilled photographer. The images show both adults and children engaged in gardening, and this was an accurate representation of the situation. Everyone had to help tend the gardens at Sofiero – not only children, but also servants, attendants and guests. Both her son Prince Bertil and her daughter Ingrid, later Queen of Denmark, described how they helped to clear weeds and plant summer flowers. Her son Sigvard Bernadotte also recalled how his parents worked on their rockery:

"I remember how my mother and father knelt down, planting and rearranging the stones to get them just how they wanted it – or maybe how my mother wanted it, as she was the expert!"

The text is an extract from the book 'Kungliga parker – människor och berättelser', available (in Swedish) from the Royal Gift Shop.

Top image: Crown Princess Margareta in her greenhouse at the Royal Palace in 1910 or 1911. Photo: The Royal Court of Sweden 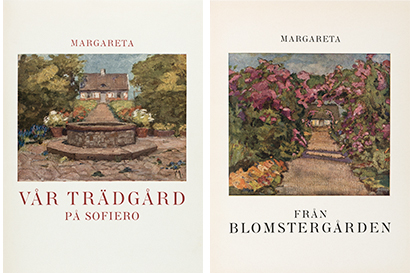 The popular crown princess's views on gardening had a major impact in Sweden. She wrote two books about garden planning. Photo: The Royal Court of Sweden 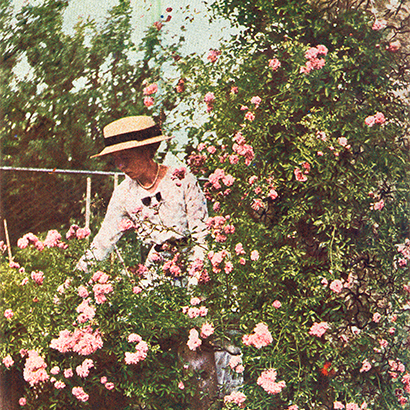 The crown princess – known to her family as Daisy – had been interested in gardening since her childhood in England. In her new home country, she create a garden at Sofiero Palace. Photo: The Royal Court of Sweden 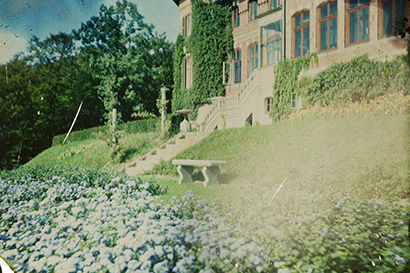 Crown Princess Margareta documented the transformation of what had once been a gloomy and overgrown garden at Sofiero Palace. 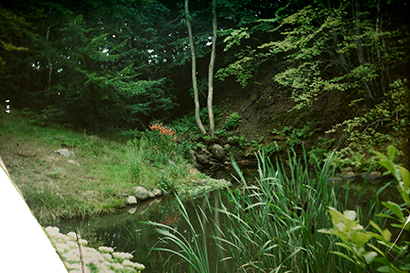 She planted in an English style, with natural lines and dazzling flowers, but with careful thought and great knowledge. 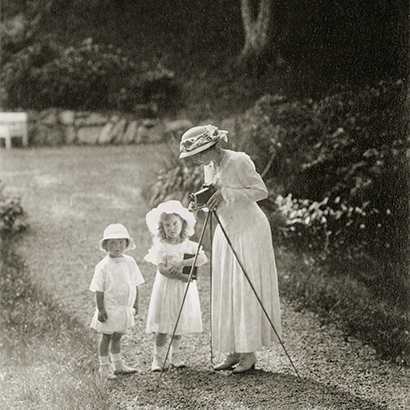 Margareta was a skilled photographer, and most of the pictures in her 'Our garden' book were taken by the crown princess herself. Here, she takes photographs with her children Prince Bertil and Princess Ingrid in summer 1914. Photo: The Royal Court of Sweden 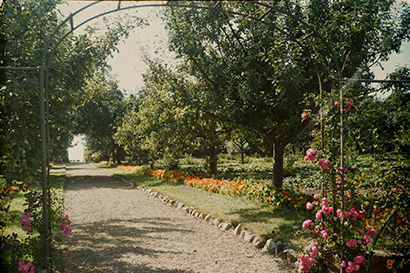 Arranging the garden at Sofiero was a project for all the family. Crown Prince Gustaf Adolf was also interested in gardening and growing plants. Photo: The Royal Court of Sweden 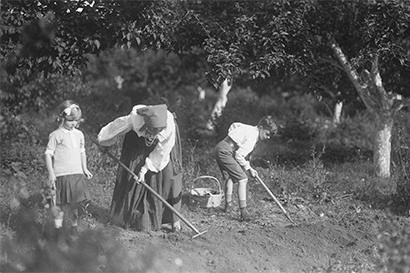 The children also had to help out. Margareta had had a practical upbringing and took a modern view of childrearing, with the children taking part in everyday activities. Photo: The Royal Court of Sweden 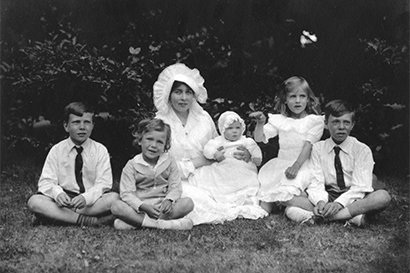 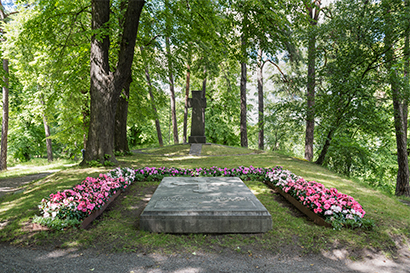 Crown Princess Margareta (1882–1920) died suddenly at the age of 38, and the Royal Cemetery in Haga Park became her final resting place. She was the first royal to be buried at Haga Park, and she herself had led the discussions on the subject for a new royal burial site "out in nature" ten years previously. The idea of being buried in the dark, cold Riddarholmen Church felt unnatural for 'the flower princess'. Photo: Lisa Raihle Rehbäck/Royalpalaces.se

Find out more about Sofiero Palace