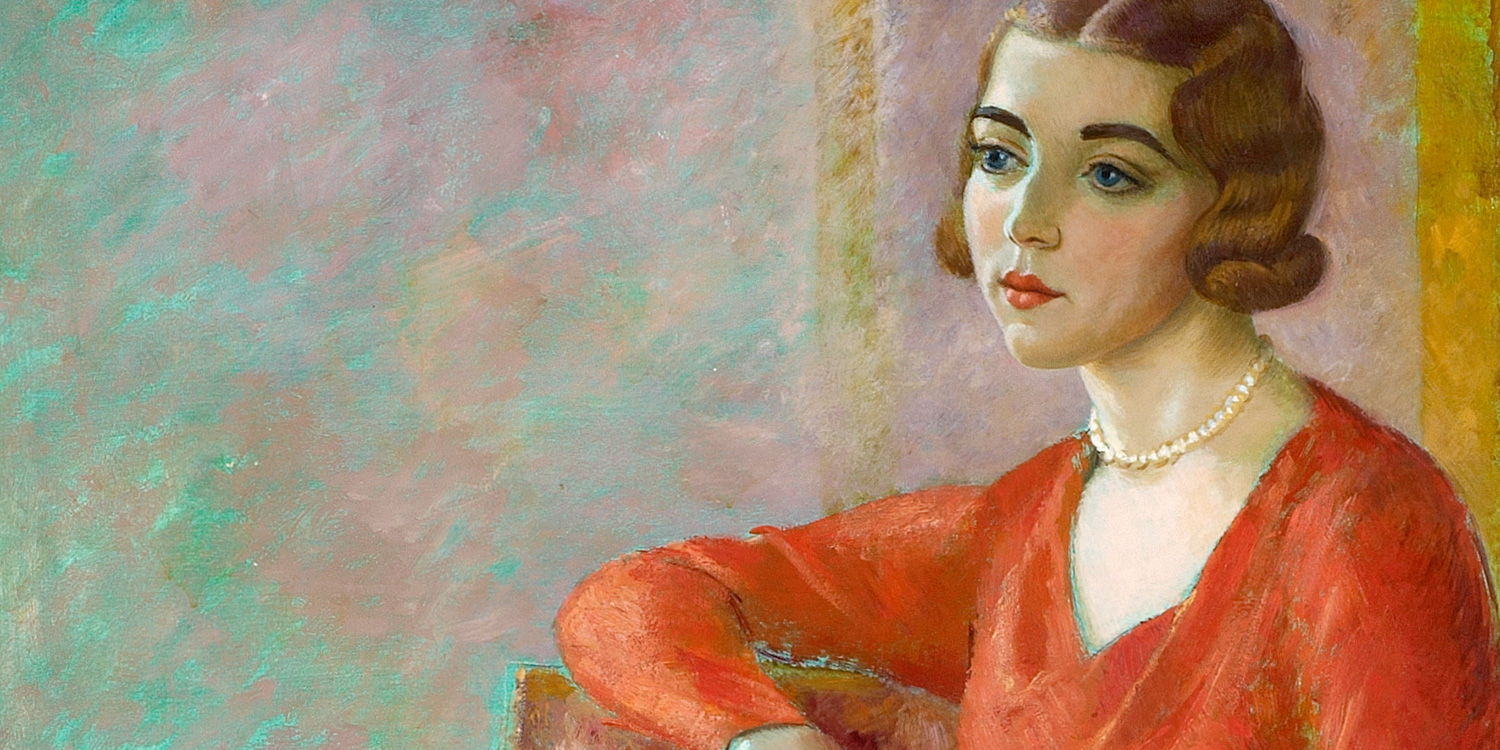 Many visitors to the Bernadotte Apartments at the Royal Palace stand and look at one particular portrait which is radically different to all the others on display.

"Such a stylish portrait, but who does it actually depict?", they often ask a member of staff.

The composition is unconventional, the depiction of a member of royalty is highly original, and many people find the portrait both fascinating and unusual.

The young lady in the painting is Queen Ingrid of Denmark as a Swedish princess. She was painted in 1932 by the famous artist Isaac Grünewald. In contrast to many older royal portraits, the setting is simple. The princess sits on an austere late Gustavian chair. Her dress is plain red. It is only the folds of her neckline that create a sense of movement. The princess sits slightly nonchalantly on the seat with her legs crossed. Everything is entirely still – her gaze is frozen.

This is a portrait without all the customary royal dignity. When Grünewald's portrait was unveiled, it caused quite a stir. Many people would have thought that the artist had crossed the line of respectability: This was not the way a member of royalty should be portrayed. Never mind that the artist was one of the most famous in the country, and that his portraiture was widely known.

The portrait of Princess Ingrid remained in the ownership of the artist's family until her father, King Gustaf VI Adolf, turned 80 in 1962. The portrait was then given to the king, and it now holds an important place among the Bernadotte family portraits.

A focus on colour and form

If we look at Grünewald's portraiture more generally, we can see that he emphasised the essentials in form and colour. He despised paintings that looked like snapshots, where the artistry was reduced to a photographic depiction.

As a result, his portrait almost has the impact and simplicity of a caricature. The general characterisation is highly successful in his portrait of Princess Ingrid.

Top image: Portrait of Queen Ingrid of Denmark, as princess of Sweden (1910–2000). By the artist Isaac Grünewald (1889–1946). Oil on canvas, 1932. The painting can be seen in the Bernadotte Apartments at the Royal Palace. Photo: Alexis Daflos/Royalpalaces.se 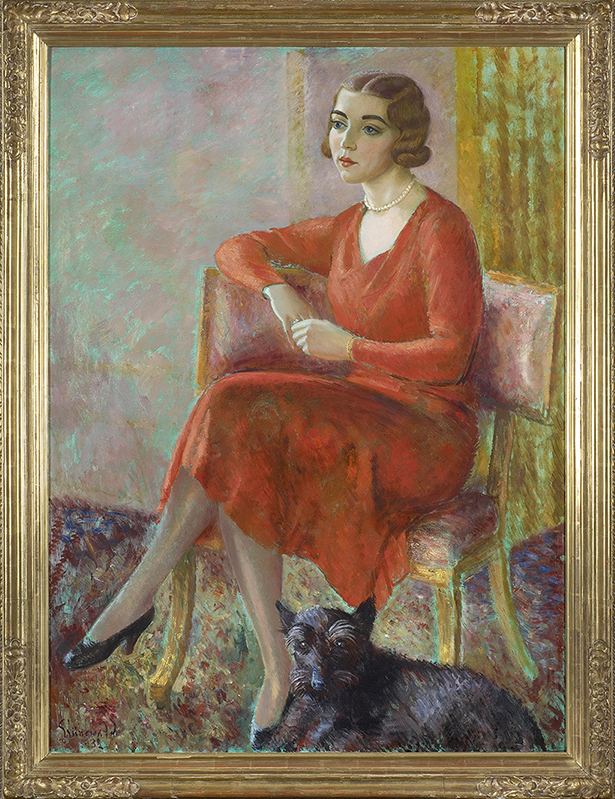 Isaac Grünewald's portrait of Princess Ingrid can be seen in the Bernadotte Apartments at the Royal Palace. Photo: Alexis Daflos/Royalpalaces.se

See the Royal Collections in the Archives menu

An auido guide is available in your smart phone, via webb link: