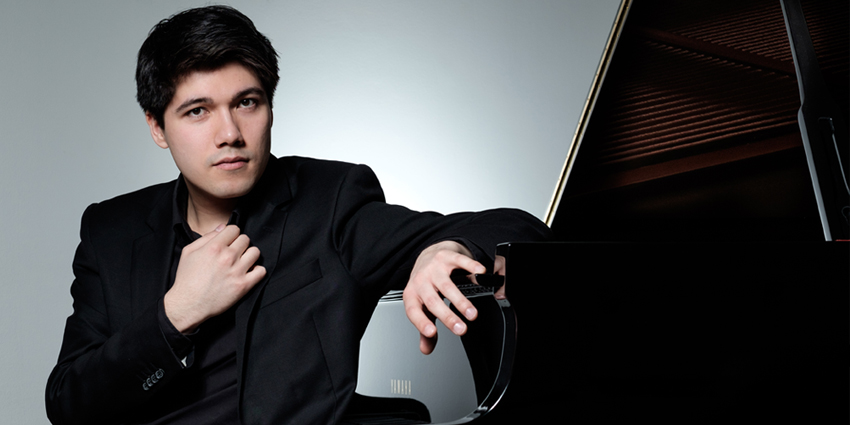 Come and celebrate Franz Schubert's 225th birthday with some of the most beautiful piano works ever written! During the concert, Christopher Hästbacka will also interpret pieces by Schumann and Liszt

Christopher Hästbacka celebrates Franz Schubert's 225th birthday with some of the most beautiful piano works ever written. You will also hear Robert Schumann's great declaration of love to Clara Wieck, with his Fantasia in C Major. Christopher will then perform some of Franz Liszt's most popular transcriptions of songs by Schubert and Schumann, reworked for the piano.

Christopher works as a soloist and chamber musician, and has appeared on Sweden's leading stages. He has also worked with various professional ensembles, and is Artistic Director (alongside Andreas Lavotha) of Askanäs Chamber Music Festival. He has performed as a soloist with the Swedish Radio Symphony Orchestra, and has worked with conductors including B Tommy Andersson and Jaime Martin. Since winning the Swedish Soloist Prize, he has made a name for himself as one of the country's most promising young pianists.