On 7 December 1976, less than six months after The King and Queen's wedding, Prince Bertil and Mrs Lilian Craig were married in the Royal Chapel at Drottningholm. They had been together since 1943, and were – according to Prince Bertil – "the world's oldest unmarried couple".

To preserve the line of succession, Prince Bertil and Princess Lilian refrained from getting married until after the current King had ascended to the throne in 1973 and married Miss Silvia Sommerlath in June 1976.

Princess Lilian was 61 when she got married. It is therefore not perhaps surprising that her wedding dress was not white, but misty-blue. Instead of a crown or a tiara, the princess wore a fascinator decorated with long, slim feathers in the same shade as her dress.

Just as with The Queen's wedding dress, the fashion styles of the 1970s can be seen in The Princess's silk twill creation: the fabric is rigid, and this is a simple dress with a smooth, gently flared skirt, long arms and a high neckline.

The dress was designed by Elizabeth Wondrak, who had a studio in London. For many years, ever since the 1950s, she had worked closely with Princess Lilian and designed no fewer than 29 Nobel dresses and many other garments for parties and official duties for The Princess following her marriage in 1976. It was Elizabeth Wondrak who said in a 2005 interview with the Swedish newspaper Svenska Dagbladet that there was a unique 'Lilian look' which characterised The Princess. The misty-blue wedding dress is an expression of this classic 'look'.

In a letter to Elizabeth Wondrak, Princess Lilian wrote about how happy she was with the wedding dress, which was a gift from the dressmaker:

"It really was a dream and admired by everyone." 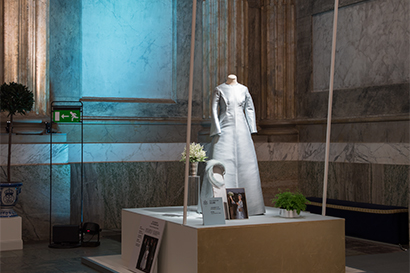 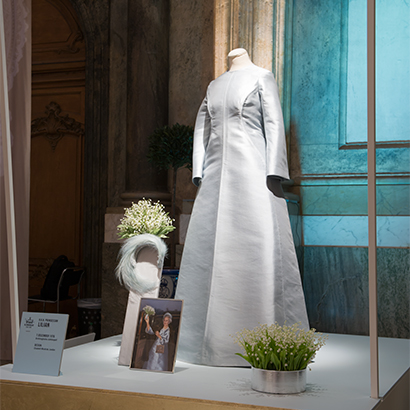 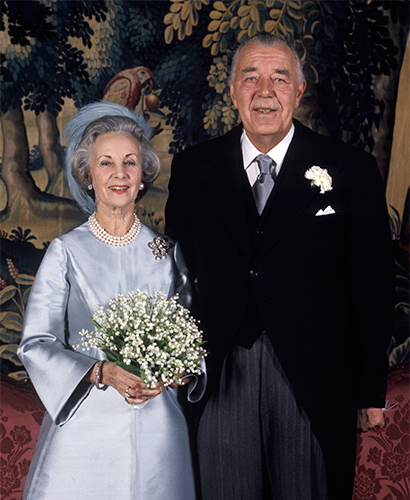 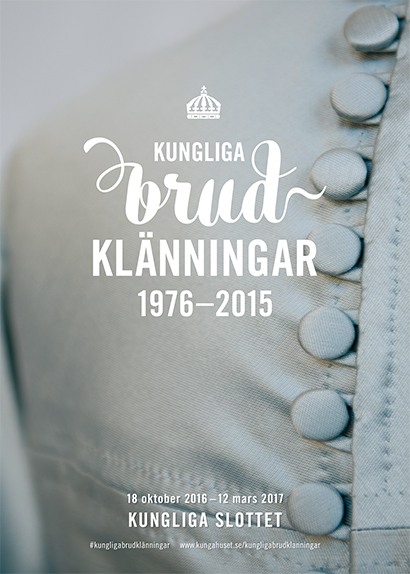 You can see Princess Lilian's dress and accessories in the slideshow below. You can zoom in and enlarge the images via the symbols. It may take a moment for the images to load.

See the earlier exhibition "The Lilian Look!" in 360°