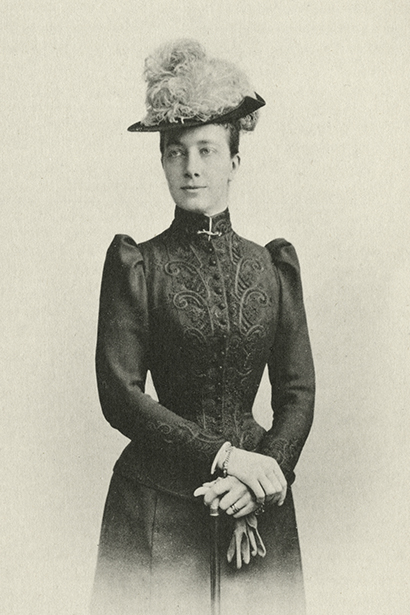 Victoria of Baden was the daughter of Fredrik I of Baden and Louise of Prussia, and was a descendant of Gustav Vasa. Her father-in-law, Oscar II, wanted to forge stronger ties with Germany, so her marriage was a political alliance in that respect.

In 1881 she married Sweden's Crown Prince Gustaf (V), with whom she had three sons. She became queen of Sweden in 1907. Her political interests and her conservative view of society had an impact on her husband's judgments.

Queen Victoria was a skilled amateur photographer, and many photographs have been preserved from her travels to Egypt.

Victoria had Solliden Palace built on Öland, where the climate was better for her poor health. Her health weakened during the 1920s, so she moved to Italy where she died at the age of 67