The chapel at Strömsholm Palace is housed in the garrets of the palace and the sacristy is located in one of the four palace towers.

A palace chapel was already planned in Nicodemus Tessin the Elder's drawings from 1668. However, it was not realized until the 1730's when Carl Hårleman was commissioned by Queen Ulrika Eleonora the Younger to complete a chapel on the third floor of the palace.

The chapel is open to the public during the palace's regular opening hours.

Today, the chapel is used by the Kolbäck parish for masses, organ concerts and other church-related functions.

The chapel is also available for weddings and baptisms by arrangement. 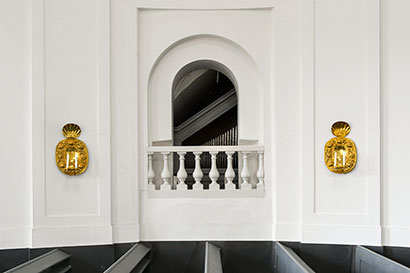 The chapel at Strömsholm Palace. 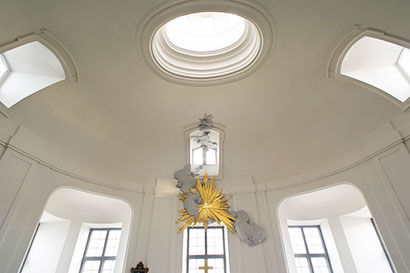 The ceiling of the palace chapel.

The dining room set up for a wedding banquet.