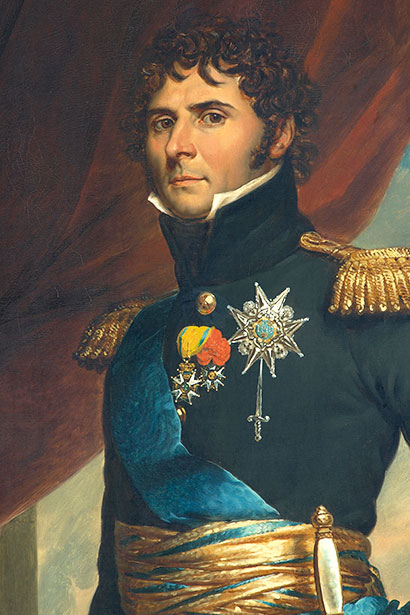 The first Bernadotte. The childless King Karl XIII adopted Jean-Baptiste Bernadotte from France when Bernadotte was 47. By that time, he had had a long career and was one of Napoleon's marshals. He was elected Crown Prince of Sweden in 1810, and later took the name Karl XIV Johan.

With his military capacity and his dignity, the Swedes hoped that he would take Finland back from Russia. Instead, he allied himself with Russia. Sweden was then given free rein to the west, and took Norway instead in 1814.

His wife Desideria was not happy in the cold Swedish climate, and decided to return home to Paris for several years. They had a son together, Oskar, who later became King Oskar I. Karl XIV Johan died at the age of 81.

Portrait by François Gérard, 1808, oil on canvas. The portrait can be seen in the Bernadotte Gallery at the Royal Palace of Stockholm.