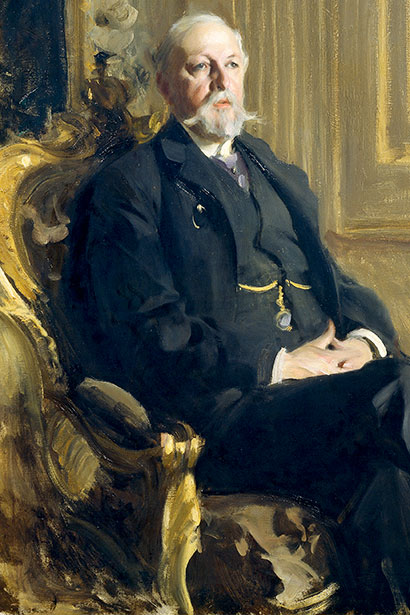 Oscar II was crowned King of Sweden and Norway at the age of 43, following the death of his brother King Karl XV.

As a king, he was conservative and asserted the power of the throne against the Government and the Parliamentary Session.

During his reign, strong parliamentary currents weakened the king's power in terms of foreign and domestic policy. Eventually, Norway declared its independence from Sweden in 1905. King Oskar II saw this as a great personal defeat. He wrote in his memoirs that the dissolution of the union has resulted in a deep, unhealable wound to my heart.