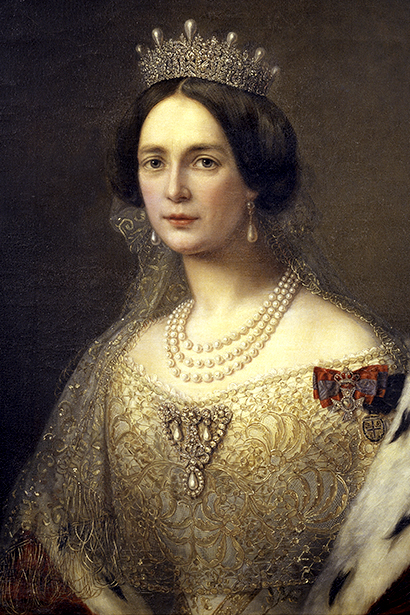 Joséphine of Leuchtenberg was born in Milan in March 1807, and was the daughter of Napoleon's stepson Eugène de Beauharnais and Princess Augusta Amalia of Bavaria.

In 1822, Crown Prince Oscar visited Eichstätt in Bavaria where he met Joséphine. The Crown Prince fell in love with her and asked for her hand in marriage. The Swedish wedding ceremony took place in Stockholm on 19 June 1823. Her official name was changed to Josefina. Of her five children, two became king: Karl XV and Oscar II.

Josefina was a Catholic. Severe restrictions were imposed on Catholicism in Sweden at that time. However, she retained her faith and contributed to the construction of Stockholm's first Catholic church in 1837 and the establishment of Catholic churches in Gothenburg and Kristiania (now Oslo).

Josefina founded Josephinahemmet, a home for elderly, less well-off Catholics, and King Oscar I's Memorial Home, which welcomed women regardless of their religion. Both continue to operate to this day as homes for the elderly.

Portrait of Queen Josefina from 1856, by the artist Sophie Adlersparre (1808–1862). The painting hangs at Drottningholm Palace. Photo: Alexis Daflos/Royalpalaces.se 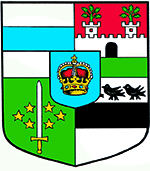