Strolling through Tullgarn Palace Park is like taking a walk from the 17th century through to the 20th century, from Carl Hårleman's avenues to King Gustaf V and Queen Victoria's exotic trees.

The oldest structures certainly date back to the 17th century, particularly those situated where the orchard now stands.

The park had a rectangular shape, which – according to the Nordic patterns of the time – was thought to result in pure plants and beautiful flowers.

The architect Carl Hårleman was contracted to work on Tullgarn. We can tell this from the order he placed for lime trees, probably the ones that make up the parallel avenues on the approach to the palace.

Between these were two long carp ponds.

A big change was made in 1772, when the estate was purchased by the higher classes to be put at the disposal of King Gustav III's brother, Prince Fredrik Adolf.

Practical arrangements such as workers' cottages, cowsheds and the earliest kitchen garden were moved further north. Prince Fredrik Adolf was a driving force behind the work carried out around the turn of the 19th century.

The star and the bosquet immediately northeast of the palace were laid out. The English-style park was not completed until the time of Princess Sofia Albertina.

The crown prince couple Oskar and Josefina, later the king and queen, were the next to make use of Tullgarn.

Their time here spans several decades, and much of what we see today dates from their time. This includes buildings such as the Cavalier Wing, the stables and the orangery.

Both Oscar and Josefina are known to have enjoyed gardening, and this is reflected at Tullgarn.

The was a large and productive market garden long into the 20th century, providing produce both for the royal court in Stockholm and for sale.

The flora, the circular area behind the Cavalier Wing and the flowerbeds were added during the first half of the 19th century.

The park's many conifer trees were planted during the time of King Gustaf V and Queen Victoria. They also acquired many exotic trees, some of which remain today, including a Japanese umbrella pine.

The many fuchsias also date from this time, having originally been brought to Tullgarn from Mainau, Victoria's childhood home.

At the same time, older parts of the park were restored in order to recreate parts of the 18th century park and to give the park a more modern expression.

The National Property Board of Sweden has established a brand new part of the park, the biological ponds. 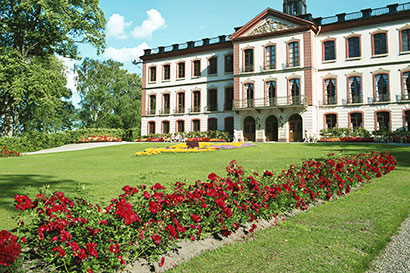 The façade of Tullgarn Palace, with its colourful rose beds in the foreground. Photo: Håkan Lind/Royalpalaces.se 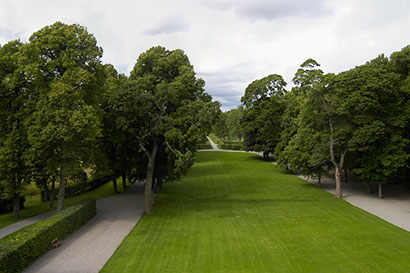 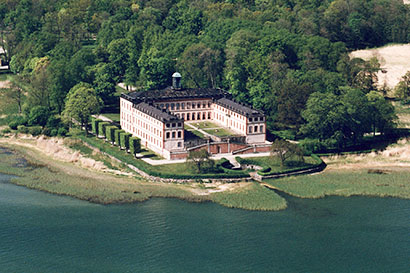 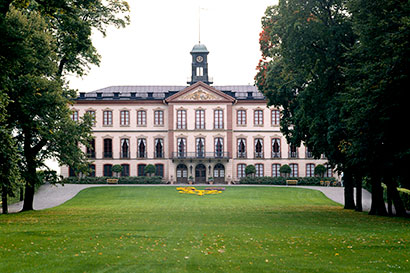 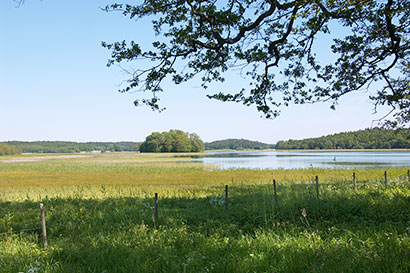 The Royal Walks app can be downloaded free of charge from the App Store and Google Play. The text is in Swedish and English, and is illustrated with new and historic photos.

Queen Victoria (1862–1930) enjoyed baking. Her own cookbooks, which are preserved in the Bernadotte Library, include recipes that the que...