Drottningholm Palace Theatre was built in 1766 for Queen Lovisa Ulrika, and is one of the best preserved theatres from this time in the world.

The architect Carl Fredrik Adelcrantz (1716-1796) designed the theatre for Queen Lovisa Ulrika after a previous theatre building at the palace burned down.

After the death of King Gustav III, the theatre was gradually wound down and the building came to be used as warehouse. It was restored to its original condition under the direction of Agne Beijers in 1922.

Drottningholm Palace Theatre conceals a playful interior. The salon has painted marbling, papier mâché consoles and plaster columns. To this day, the stage's wooden machinery is still operated by hand. The machinery involves capstans, rollers, drums, blocks, ropes and counterweights. Around thirty sets have been preserved – a theatrical world for an 18th century repertoire.

Every summer, a number of operas, plays and dance performances are staged, together with concerts, tours and events, all with an 18th century character.

Drottningholm Palace Theatre is part of the World Heritage Site of Drottningholm, Sweden's first cultural object to be added to the list of locations of indispensable cultural value to humanity. 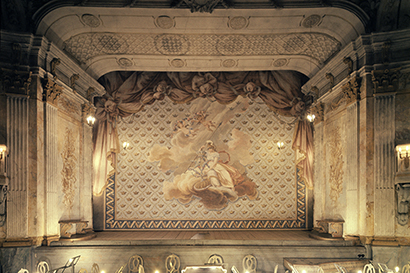 The Palace Theatre draws opera and drama lovers from all over the world. Photo: Håkan Lind/Royalpalaces.se 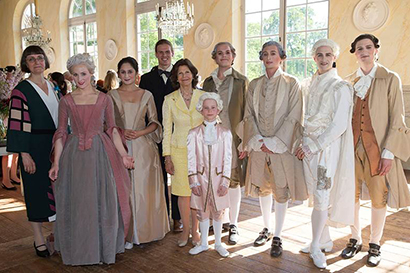 Scholarship award in the Dining Salon. Each year, the Friends of Drottningholm Theatre present educational scholarships. The King is the association's patron, and The Queen is the Honorary Chair. Photo: Charles Hammarsten

Calendar
To top of the page