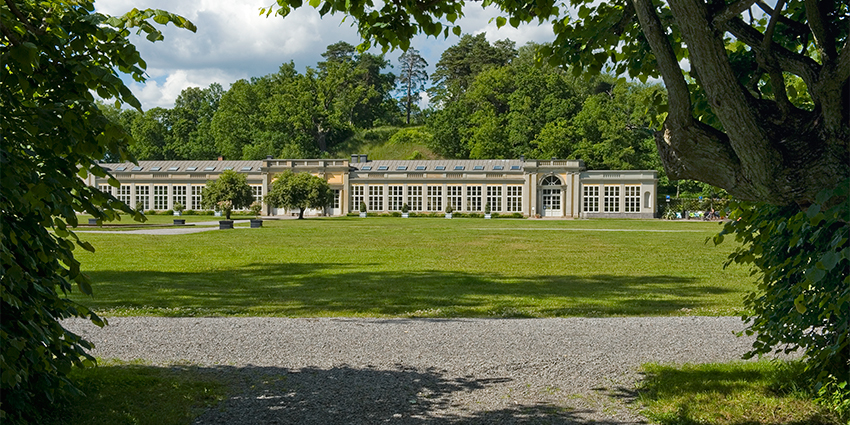 Ulriksdal Palace, with its beautiful location, was due to become Crown Princess Margareta and Gustaf Adolf's home. But things did not work out that way. Nevertheless, traces of the crown princess can still be found here.

It is easy to understand why Crown Princess Margareta, who wrote two books about garden planning, loved Ulriksdal. Margareta and Gustaf Adolf spent many years living in an apartment in the coldest, dampest part of the Royal Palace. For the first few years, they did not even have a bathroom. However, as the family grew it soon became clear that they needed somewhere else to live.

Ulriksdal Palace, which enjoys a beautiful setting while still being close to the city, was intended to become a modern home for the growing family. First, however, the palace needed to be renovated. Ulriksdal was originally a baroque palace, but in 1822 King Karl XIV Johan had a hospital for military invalids established there. In the 1850s, King Karl XV then redecorated the palace in keeping with the historical-romantic style of the time. This style would certainly have felt incredibly foreign to Margareta, who painted and took photographs, and had very advanced tastes.

Margareta was the granddaughter of Queen Victoria of Great Britain. Nevertheless, she had a simple – if not puritanical – upbringing. Naturally, the family had many servants, but Margareta and her sister still had to learn how to cook, clean, wash up, bake and so on. The kitchens at Ulriksdal Palace therefore show clear signs of having been planned by someone who knew what they were doing. They have large windows and consist of not one room but four, to ensure hygienic separation of vegetable and meat preparation, serving and cooking.

The fictional kitchen in the TV series Downton Abbey – which was contemporaneous with Ulriksdal's kitchen – appears considerably harder to work in. The equipment at Ulriksdal was ultramodern for its time, with electric lighting, running water, an icebox, linoleum flooring, stainless steel worktops, a warming shelf about the stove, a telephone and a dumb waiter to the floor above, where the pantry and the dining room were located. Food was cooked using the finest wood stove available. Later came an electric stove and worktop surfaces covered in Perstorp laminate in the Villervalla pattern, designed by Margareta's son Sigvard Bernadotte, who became an industrial designer and whose studio remains here at the palace. The kitchen mistress was responsible for the kitchen and the menus, and was assisted by the first and second cooks, two girls who cleaned, kept the stove running and prepared food for the staff, the hallboy who carried food around, and the kitchen boy who ran various errands – seven members of staff in all. Food was prepared in the kitchen on the ground floor and then transported hot, on dishes, in the dumb waiter up to the well-planned serving pantry on the first floor, where crockery, glassware and cutlery were stored in the many cupboards planned by Margareta. From there, the food was taken through to the adjacent dining room.

Margareta never actually got to see the kitchen, dying suddenly in 1920. This was a great shock, not only for her immediately family but also for the entire country. The decoration work at Ulriksdal Palace came to a halt, but was later continued and the meticulously planned kitchen became a reality. A warm, homely living room was arranged on the upper floor. The décor by Carl Malmsten was a wedding gift to Crown Prince Gustaf Adolf and Louise Mountbatten in 1923 from the people of Stockholm, but the structure of the room had already been completed. The ceiling had been lowered, the walls had been painted in a simple white, and an open fire had been planned for warmth and comfort. This was Margareta's work.

The royal plants at Ulriksdal include parts of King Gustaf VI Adolf's orchid collection and a myrtle tree that royal Swedish brides traditionally take a sprig from. This came from a shrub that Crown Princess Margareta, The King's grandmother, had brought with her from England when she married the future King Gustaf VI Adolf in 1905. The shrub traced its history back to her grandmother, Queen Victoria of Great Britain.

Top image: The orangery in Ulriksdal Palace Park. Ulriksdal was a suitable home for the crown prince couple, both of whom enjoyed growing plants and planning gardens. Photo: Håkan Lind/Royalpalaces.se 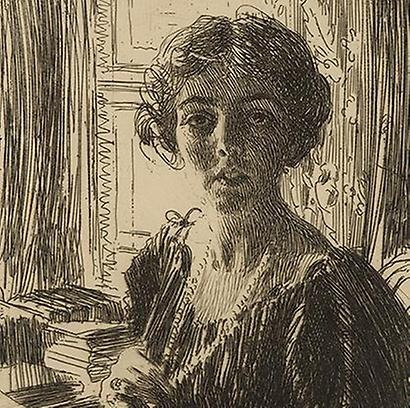 Zorn's portrait of Crown Princess Margareta. This 1914 etching hangs in a room at Ulriksdal Palace. 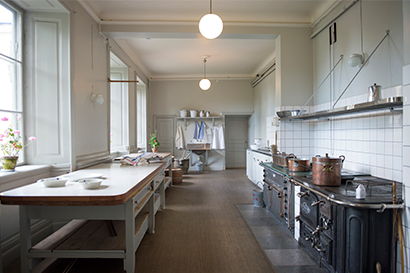 Ulriksdal Palace needed to be renovated for the modern crown prince couple. The kitchen and its equipment were ultramodern for their time. Photo: Kate Gabor/Royalpalaces.se 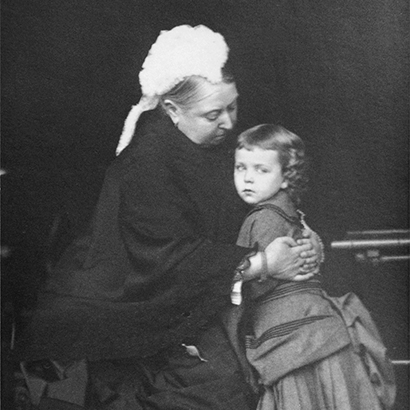 Despite being a granddaughter of Queen Victoria of Great Britain, the princess had a practical upbringing and the layout of the kitchen at Ulriksdal shows her interest in cooking. The image shows Queen Victoria and Princess Margareta. Photo: The Royal Court of Sweden 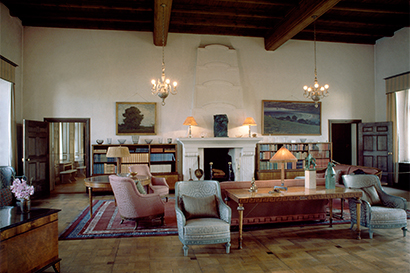 The famous living room at Ulriksdal was decorated after the death of the crown princess, but its structure and homely feel were planned during her lifetime. Photo: Alexis Daflos/Royalpalaces.se 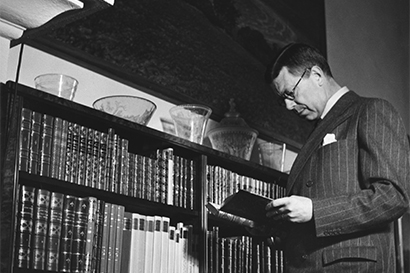 Ulriksdal later became home to King Gustaf VI Adolf and Queen Louise. Here, the King is seen in the library at Ulriksdal in 1951. Photo: The Royal Court of Sweden 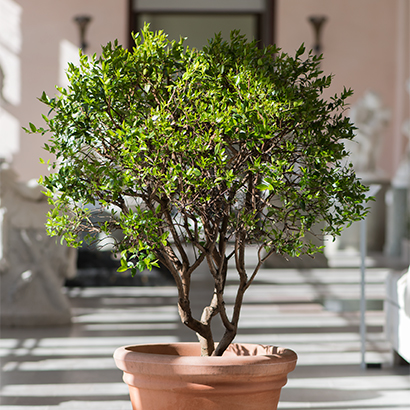 Find out more about Ulriksdal Palace

Ulriksdal Palace and the Orangery Museum are open for group visits, booked in advance, during May–September.